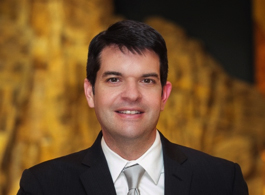 As Founder and CEO of Sun Gaming & Hospitality, Mr. Soper brings over two decades of experience overseeing the development of numerous projects from the ground-up while also leading the operations of integrated resort properties in very competitive regional and destination markets.

Serving in various executive roles, Mr. Soper grew an organization from a single property to a multi-property international company consistently improving the financial condition of the company in every role he served.

As President & CEO of Mohegan Sun in Connecticut, one of the world’s largest and most successful integrated resort destinations, Mr. Soper took the helm at a time of declining revenues and EBITDA. Mr. Soper initiated and implemented new metric systems, processes and policies focused on team member empowerment, accountability and profitability, and as a result, the property saw significant improvement in guest service scores, productivity, margins and EBITDA. In addition, Mohegan Sun was only one of two gaming companies to received “Forbes Best Places to Work” under his leadership.

In addition, Mr. Soper served as President & CEO of the Mohegan parent company, Mohegan Tribal Gaming Authority (MTGA) where he oversaw all business development efforts and day-to-day operations of MTGA. Among his accomplishments, Mr. Soper successfully led the effort to procure an Integrated Resort License in Korea among a global field of 34 applicants, for the purposes of developing a $5 billion resort at Incheon Airport. He was responsible for a number of other business development initiatives, including procurement and structuring of a consulting/management agreement with a Louisiana casino resort operation. He was also responsible for overseeing development of a hotel expansion at Mohegan Sun, as well the design and construction of the Ilani Resort in Washington owned by the Cowlitz Tribe pursuant to a Development and Management Agreement he brokered and structured previously.

Bobby is currently assisting clients in the financing, design, programming and development of various international projects, including large integrated resorts and resort-related amenities in the U.S., Latin America and Asia.  In addition, Bobby is an investor, owner and active manager in numerous transformative global projects, in manufacturing, renewable energy, agriculture, online lottery, esports, sports wagering and various other endeavors.

Sun Gaming & Hospitality (SG&H) represents the new generation of resort development and management. Whether single property or multi-property organizations, or whether in domestic or international markets, SG&H’s leadership has the unparalleled experience of leading in competitive regional and destination properties.

Possessing both significant management and development experience during a period of gaming proliferation and maturing markets, SG&H brings unique perspective and skill setting it apart from the entrenched, archaic and faltering approach currently emanating from a time where gaming supply was limited and the need for innovation was unnecessary to be successful.

On the operations side, SG&H’s leadership has a track record of success, experience and know-how in devising and executing strategic plans that optimize predictive analytic and yielding tools, foster innovation of product offerings, maximize efficiencies and ensure the development of a culture that results in the highest level of team member satisfaction and guest service levels. In competitive markets, SG&H believes measurement of success requires the ability to capture more than fair market share while generating margins that maximize EBITDA while not compromising the brand. SG&H can assist with the development, modification and implementation of strategic plans that accomplish such goals, or provide analysis and recommendations on any component of the casino resort operation consistent with these principles.

Whether large scale greenfield projects or small expansions, SG&H’s leadership has spent decades overseeing a wide variety of successful development projects with the responsibility for all components of the development process: project feasibility, master planning, financing, design and programming, construction, pre-opening and launch of operations. SG&H brings this experience to provide development services to resort operators, investors and other parties involved in development projects.

In addition, SG&H’s leadership has successfully spearheaded multiple RFP processes at the international level, including Mohegan Sun’s procurement of the only integrated resort license issued in South Korea among a global field of 34 applicants. SG&H can assist through insight and execution for any competitive RFP or licensing process, whether domestically or internationally.

Whether project development or resort and gaming operations, SG&H also has access to a significant network of A-list players in the resort, hospitality and entertainment industries, along with access to the most prominent brands.

With this extensive experience and access, SG&H can provide advisement to Operators, Investors, Regulatory Bodies, and Developers in every area of operations and development for its  endeavors to ensure successful execution and provide them a competitive advantage.